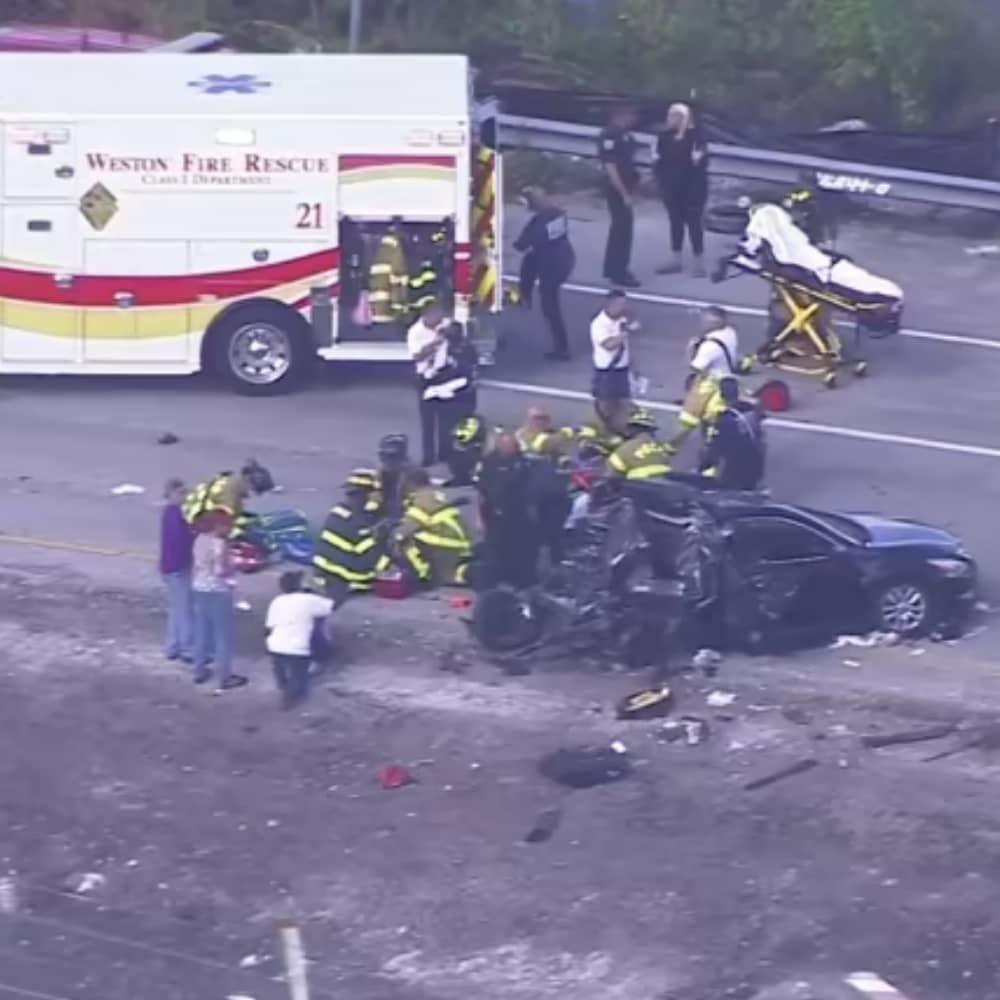 Double-vehicle crash on U.S. 27 in South Florida on Mar. 8, 2022. A boy died and seven other children injured in the accident.
DateMarch 8, 2022
LocationBroward county, Florida
TypeCar Crash

A double-vehicle crash, involving a tractor-trailer and a car, occurred Tuesday afternoon on March 8, 2022 on U.S. 27, near the Palm Beach and Broward county line, in South Florida. A teenage boy died and six kids were injured in the crash.

The car carrying two female adults and the kids was moving northbound when it was struck by the tractor-trailer. The tractor-trailer driver, and two women and children in the car suffered injuries in the accident.

A teenager in the car was transported to Broward Health Medical Center in Fort Lauderdale, where he was declared dead. According to officials, all the injured passengers were transported to hospitals in both counties.

A news release revealed that the car driver was a 31-year-old woman from Opa-Locka and the other injured adult was a 31-year-old woman from Miami. The truck driver was a 33-year-old man from Oakland Park. Three of the car occupants sustained severe injuries, whereas the rest of the occupants suffered minor injuries. The truck driver also sustained minor injuries.