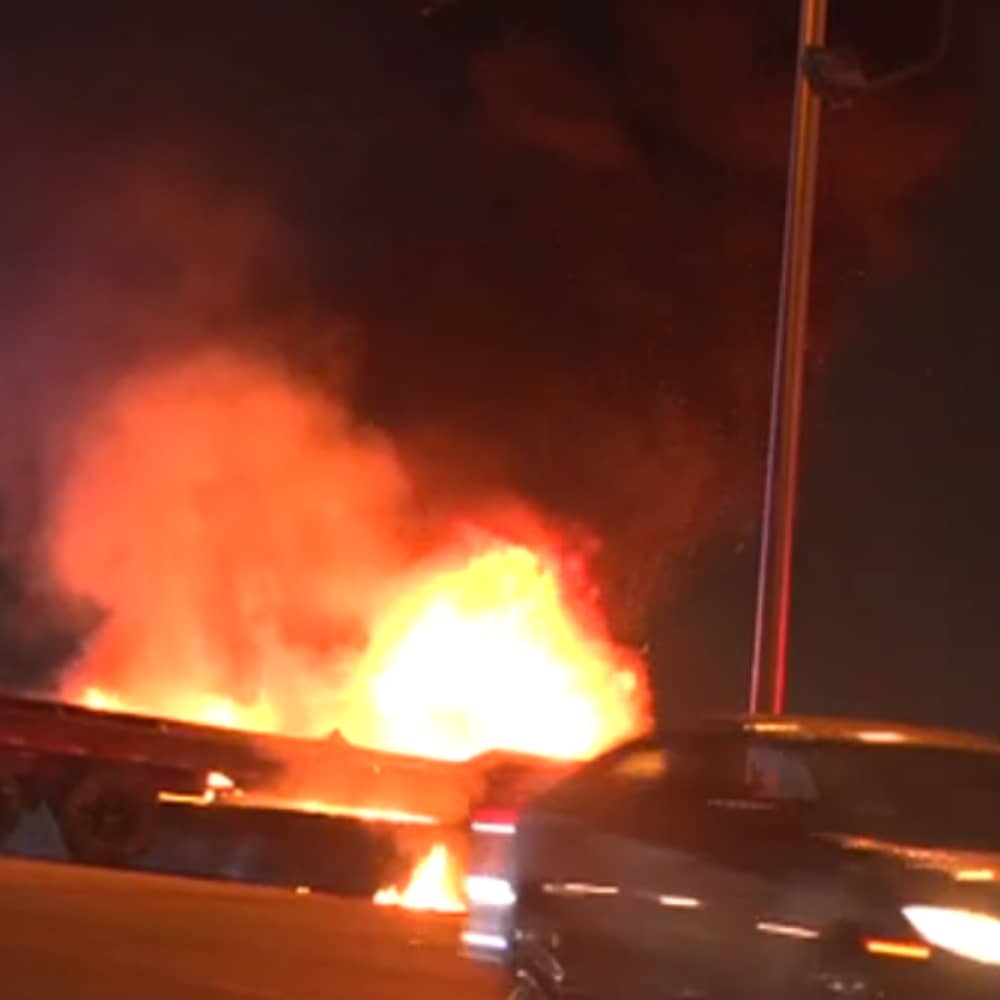 A fiery accident, involving an Audi SUV and a tractor-trailer, occurred at around 3:30 a.m. on Thursday, April 15, 2021 in the eastbound lanes of State Road 112 near Northwest 12th Avenue in Miami, Florida.

Florida Highway Patrol Lt., Alex Camacho said that both vehicles collided, due to which, the driver of the tractor-trailer lost control over his vehicle and finally hit into a concrete barrier wall. Nearly 100 gallons of oil spilled onto the road, eventually causing the vehicle to catch on fire.

The tractor-trailer driver sustained minor injuries while the SUV driver, a Florida-based rapper, suffered minor cuts to his arms along with some minor burns. The rapper stated that at the time of the crash, he turned left when a car cut him off, but the tractor-trailer driver supposedly failed to notice the SUV and moved right too, eventually sandwiching the rapper’s SUV against the concrete wall.

The road between Northwest 22nd Avenue and 17th Avenue was completely closed after the incident. The official cause of the crash is still under investigation.