One Dead in Motorcycle-Pickup Truck Collision in Ocala 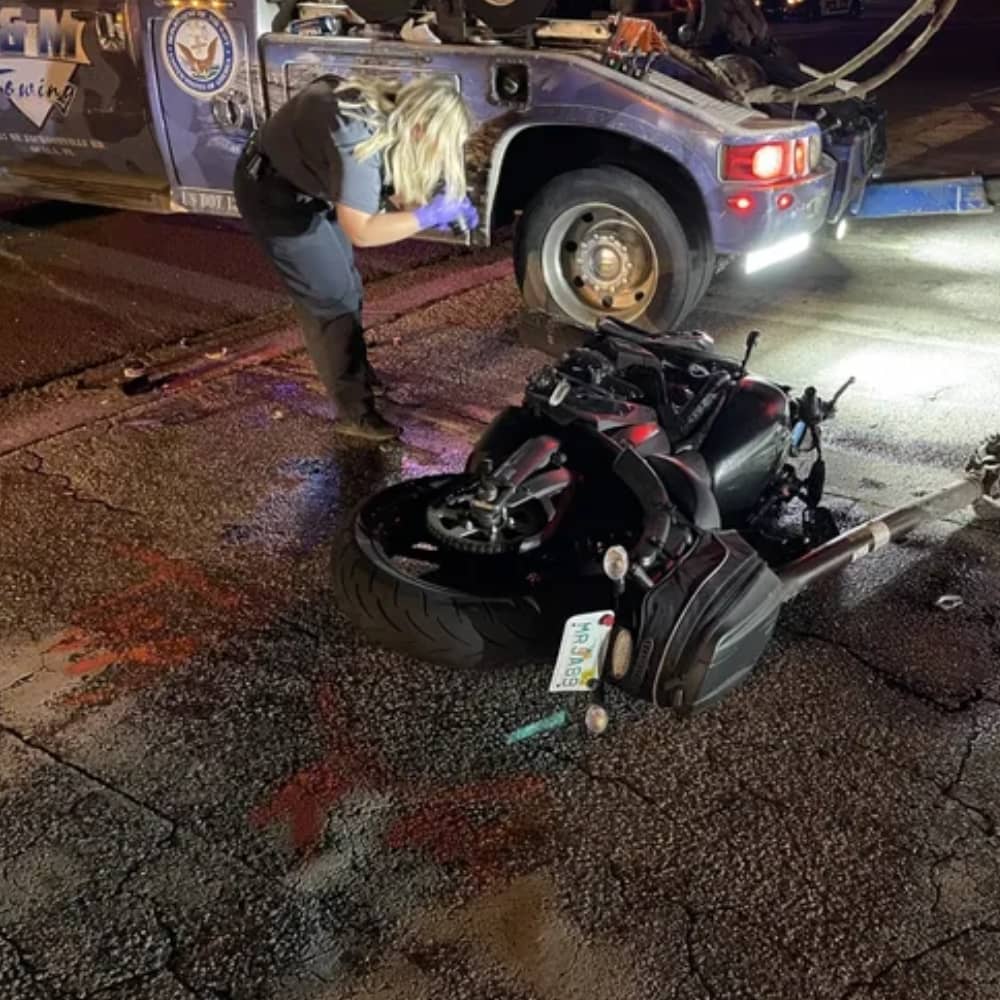 A tragic accident occurred on Saturday night, January 11, 2023 in Ocala, where two vehicles collided, resulting in the death of a 29-year-old man.

The accident occurred shortly after 8 p.m. along Easy Street in SW Ocala and involved a Suzuki motorcycle and Ford F-150 pickup truck. According to officials, the truck, traveling east on Southwest 19th Avenue Road, turned left onto a driveway leading to the Hollywood 16 movie theater, restaurants, and shops. At the same time, the motorcycle rider was in the inside westbound lane on the same roadway. Both the vehicles collided.

The motorcyclist was taken to HCA Florida Ocala Hospital for treatment but unfortunately passed away. He was identified as Jesus Bonilla, 29, of Ocala. The driver of the pickup truck, a 25-year-old man from Ocala was also injured and received treatment at a local hospital for minor injuries.