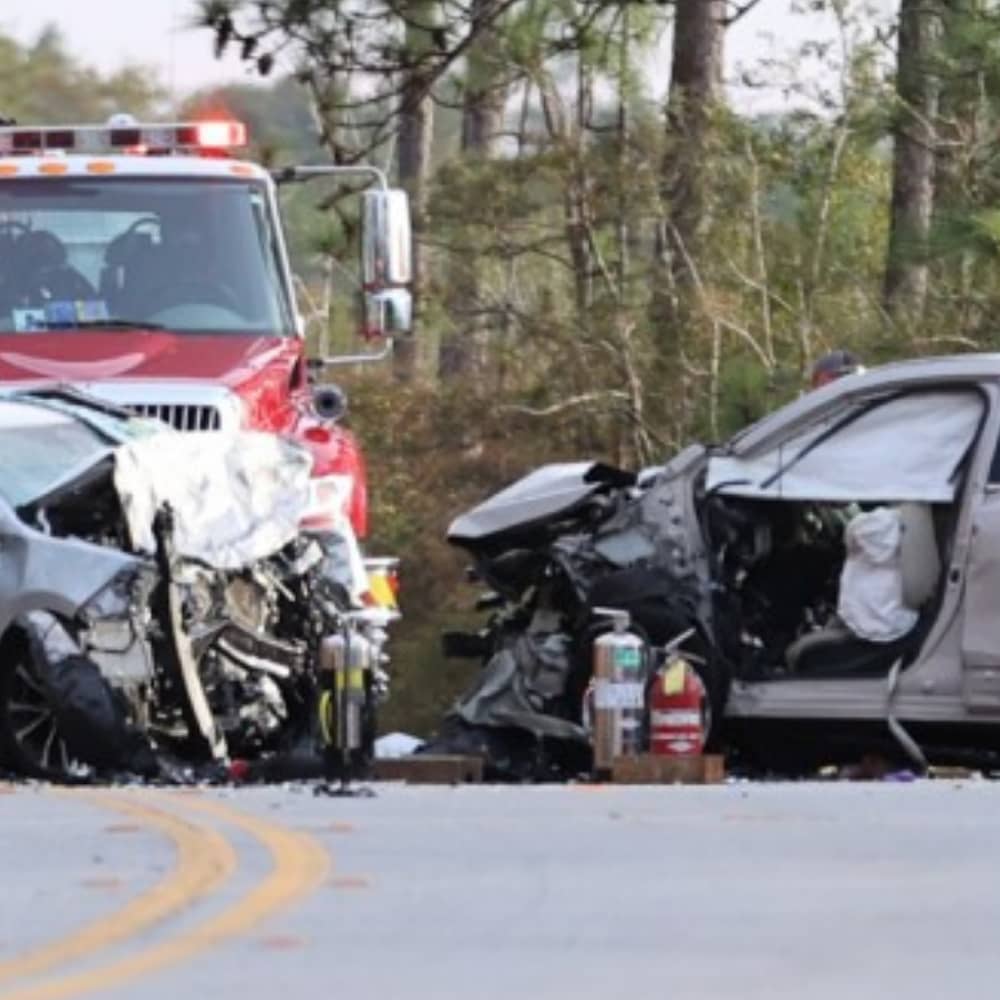 A fatal head-on crash, involving a Toyota Corolla and an SUV, happened before 3:00 p.m. on November 27, 2021, on Highway 97 around one mile, north of Dogwood Park in Escambia County. The engine compartment of the SUV went up in flames after the accident. Two people were declared dead at the accident scene. Two others were airlifted to a hospital in Pensacola, but one of the injured victims died later.

According to Florida Highway Patrol (FHP), the Toyota vehicle was traveling northbound on Highway 97 when it collided with the SUV, which was traveling southbound. The Toyota car was driven by a 40-year-old male from Waverly Hall, Georgia, who was one of the two, declared dead at the scene. The SUV driver, a 39-year old female, and an SUV passenger, an 18-year old male, also died in the crash. Another SUV passenger, a 37-year old male, was reported to be in critical condition. All SUV occupants were from Memphis, Tennessee.