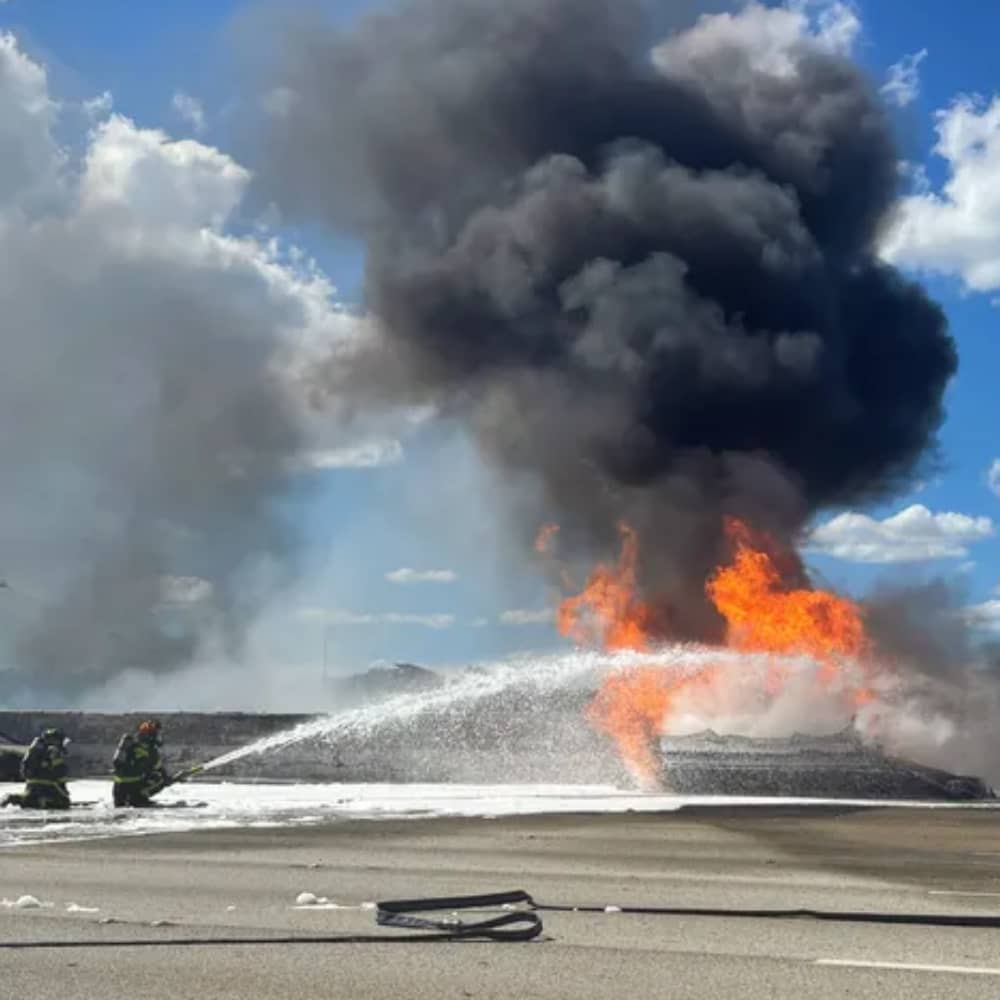 A fiery, multiple-vehicle crash involving a fuel tanker truck occurred on I-95 near Atlantic Avenue in Delray Beach at around 1 p.m. on Wednesday, Oct 26, 2022. Three people were critically injured in the crash, in which two other cars caught fire.

According to Florida Highway Patrol (FHP), the fuel truck was travelling north on I-95 when it collided with a car. The truck overturned and caught fire, sending plumes of thick black smoke into the sky. Two other cars caught fire due to the explosion.

Boca Raton, Delray Beach, and Palm Beach County fire rescue teams worked together to put out the fire. The roadway was totally shut down after the crash. While the southbound lanes reopened by evening, the northbound lanes remained blocked for several hours.