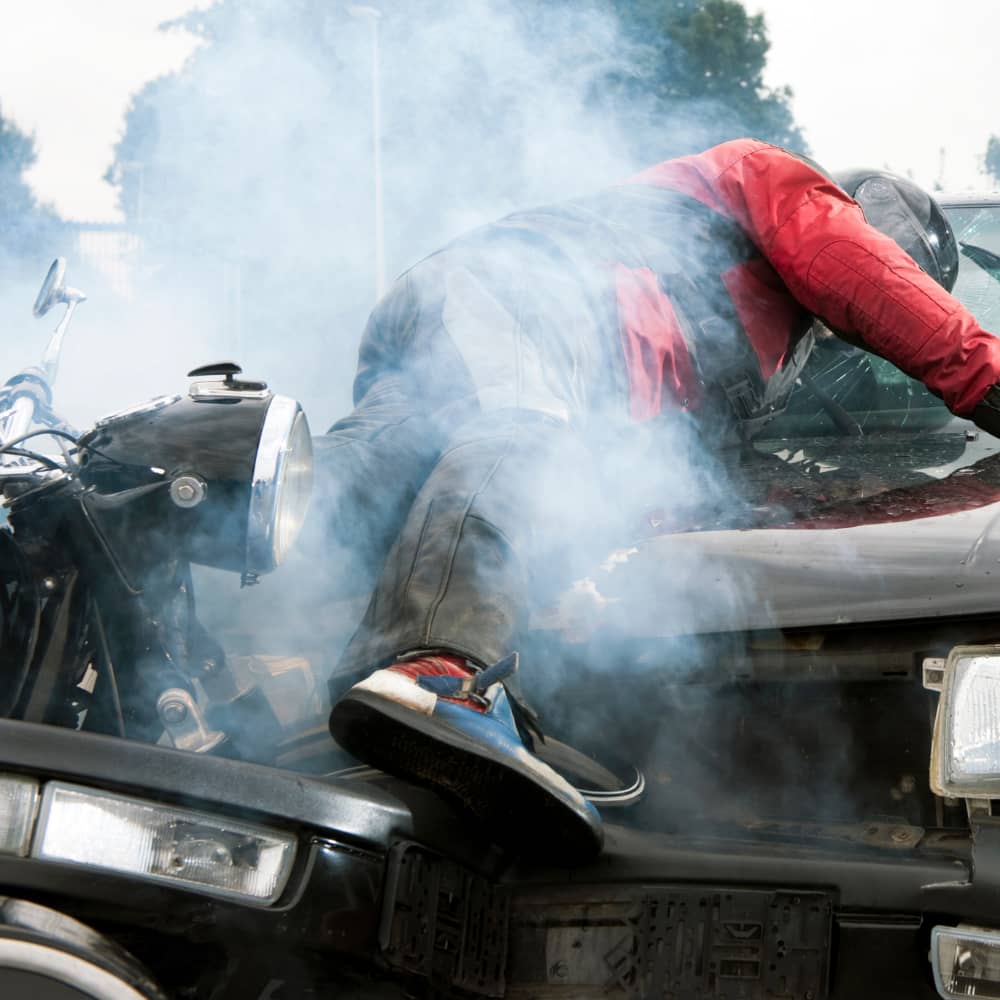 Both motorcyclists were transported to a nearby hospital in serious condition. The SUV driver sustained no injuries.