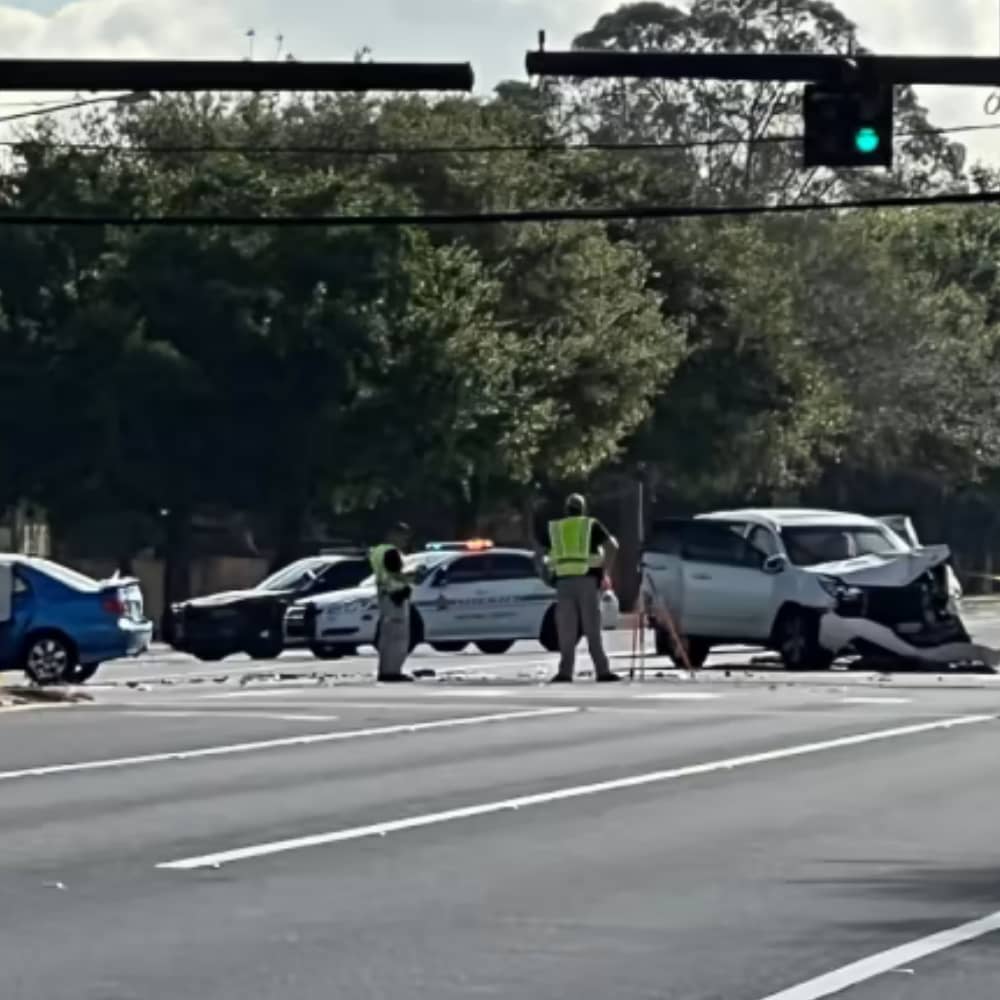 Double-vehicle crash in Orlando, FL on Mar. 5, 2022. A woman died and a child injured in the accident.
Accident DateMarch 5, 2021
LocationOrlando, Florida
TypeCar Crash

A two-vehicle crash, involving a car and an SUV, happened Saturday morning at around 7 a.m. on March 5, 2021 at Old Winter Garden and Edgewood Ranch roads in Orlando, Florida, when the car was hit by the SUV that ran a red light.

According to a news release, at the time of the incident, the car, driven by a 58-year-old woman from Orlando, was moving northbound on Edgewood Ranch Road, when the left side of her car was hit by the front of the SUV that was moving eastbound on Old Winter Garden Road. The female car driver was declared dead at the accident scene, and charges are pending against the SUV driver.

Troopers said that the SUV driver, a 26-year-old woman from Ocoee, and a small child with her in the car were transported to Advent Health South with minor injuries. The crash in under investigation.