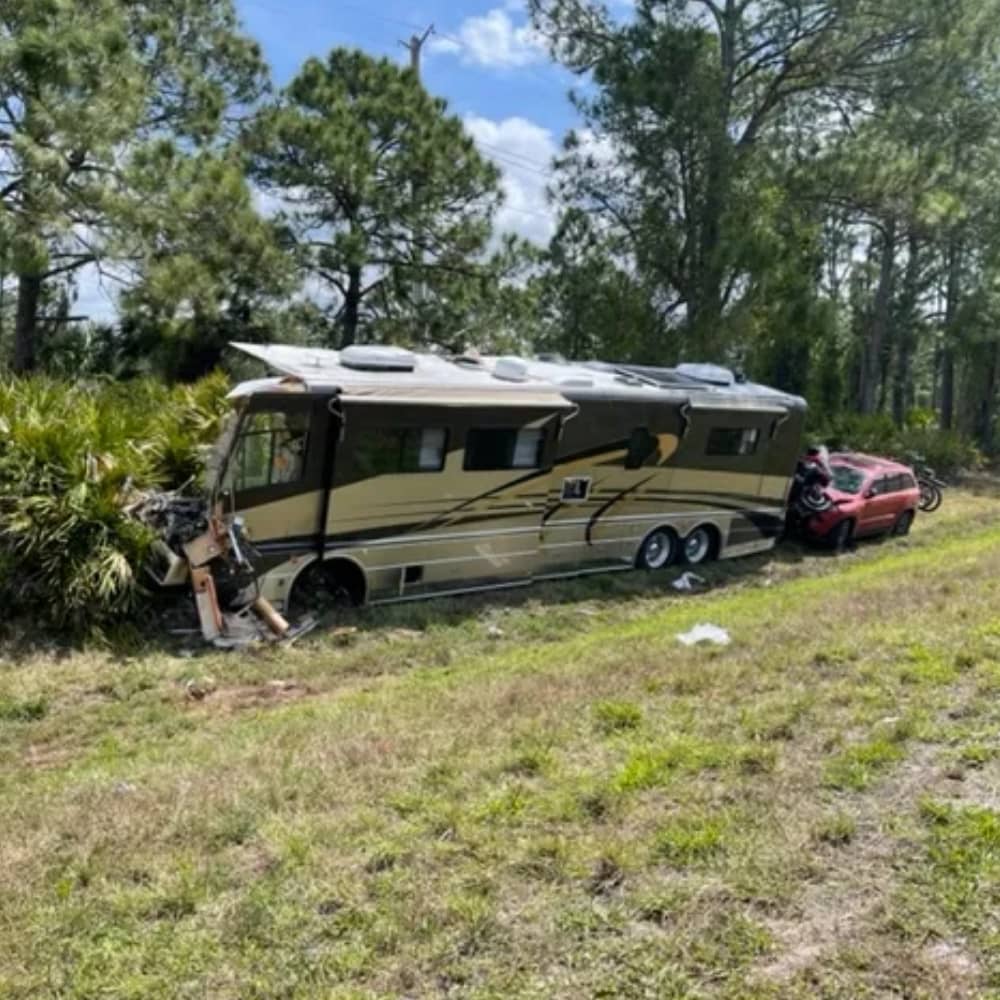 An RV crash occurred on Interstate 75 in Sarasota County, Florida on Wednesday, March 23, 2022. A 44-year-old woman from Ohio, who was severely injured in the crash, was airlifted to the hospital.

According to a report from Florida Highway Patrol (FHP), just before the accident, the mobile home was moving northbound on I-75 and was approaching mile marker 179 at Toledo Blade Boulevard. The RV had a passenger vehicle in tow and a motorcycle attached to its rear. The right-front tire of the RV blew, which caused the vehicle to exit the roadway onto the grassy shoulder.

The vehicle then continued to move northeast over the grassy shoulder, and the right side of the RV hit a pine tree. The injured passenger was taken to Sarasota Memorial Hospital by Bay-Flight. The driver of the RV, a 49-year-old man, sustained minor injuries